Alliance Reborn is a submission to GameDev.tv Game Jam 2022 with a theme of "Death is Only the Beginning", Working with sound composer Paul E. Messier and myself, this is my 2nd game jam after joining last years 2021 jam.

A space shooter that puts you into the boots of a cloned pilot from 100 years ago. You awake thanks to a shipboard AI computer who puts you on the path to seek and destroy the HQ of the Cyrus Corporation who has been trying to dominate the galaxy.

Collect asteroids, destroy enemy ships, and upgrade your ship at local space stations. If you die you will be reborn as another clone until you complete your mission, however, with each death your ship with either be more or less powerful then your previous ship.

Fierce space combat! The space station shop is a nice touch to give a sense of progression and make the game feel bigger. Being able to move faster with the boost was also really appreciated. I finished the game on the first try so I played again to try out the death mechanic. The first two times my ship seemed the same as before, but on the third respawn I had a monster with 95 shields and cargo space, plus four lasers! So that was a lot of fun to fight with. 🚀

Thanks for the comments! Glad you liked it. I just made it a bit harder so hopefully it adds some more challenge and Death!

Good game!  The icons are a great help for people like me who don't have a good sense of orientation.

The only thing I can commend on, is the settings text.  It was so small I couldn't read it.  Nothing more to say.

Thanks for the feedback!

This was awesome. Great game. The text in the settings menu on buttons was vey small for me. maybe my screen. Was a lot of fun.  :)  So awesome to see fellow devs from last year. 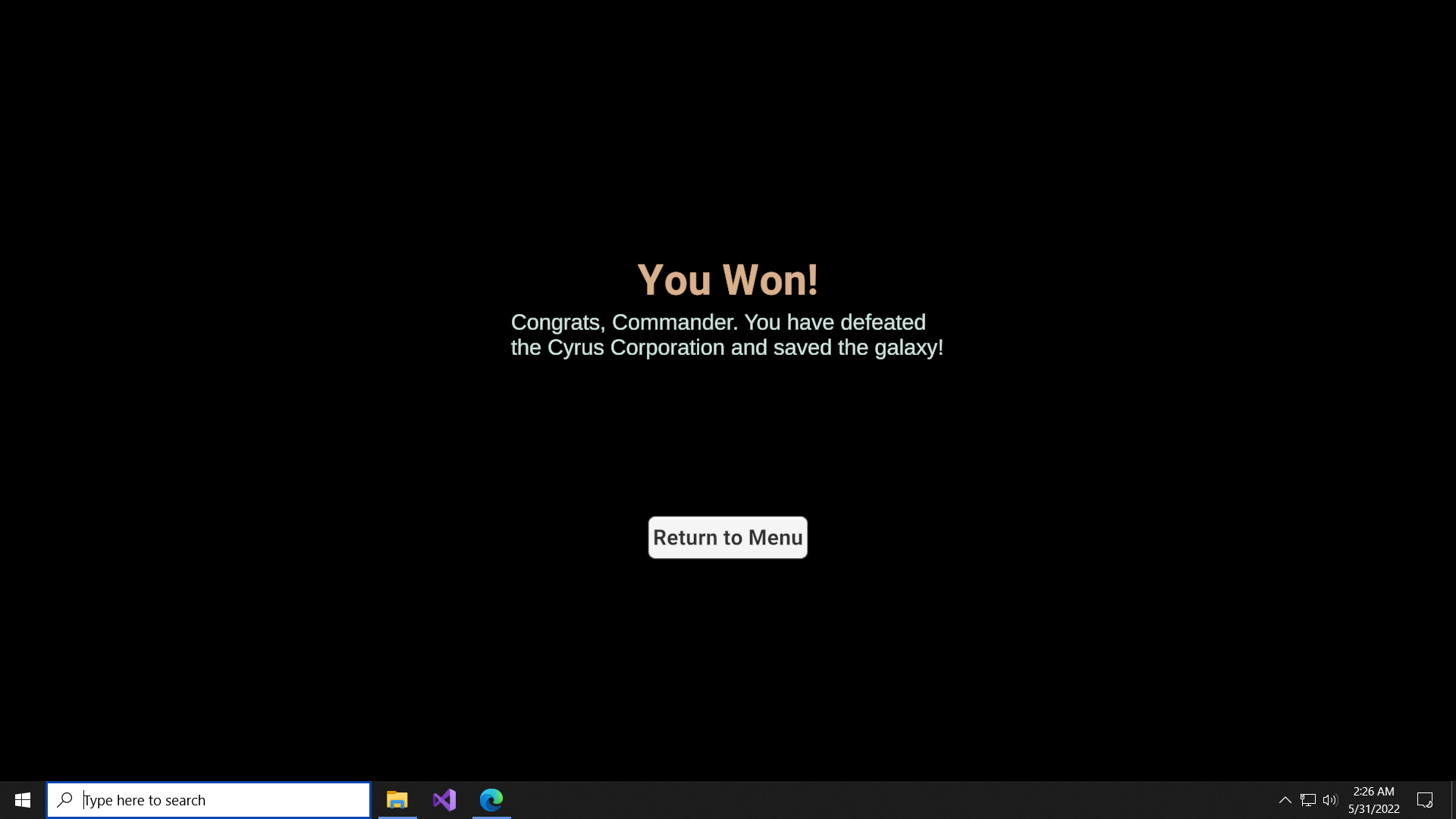 Thanks! I will take a look at possibly making the text a bit bigger

The game feels a lot better now with the icons moving and the cargo points coming off the ore when you shoot it. Great stuff! 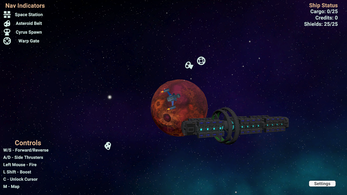 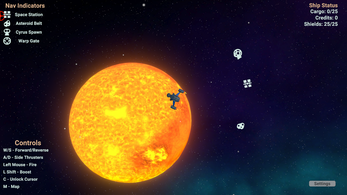 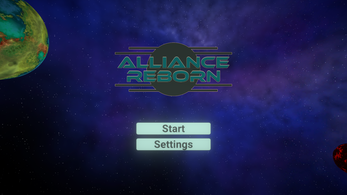